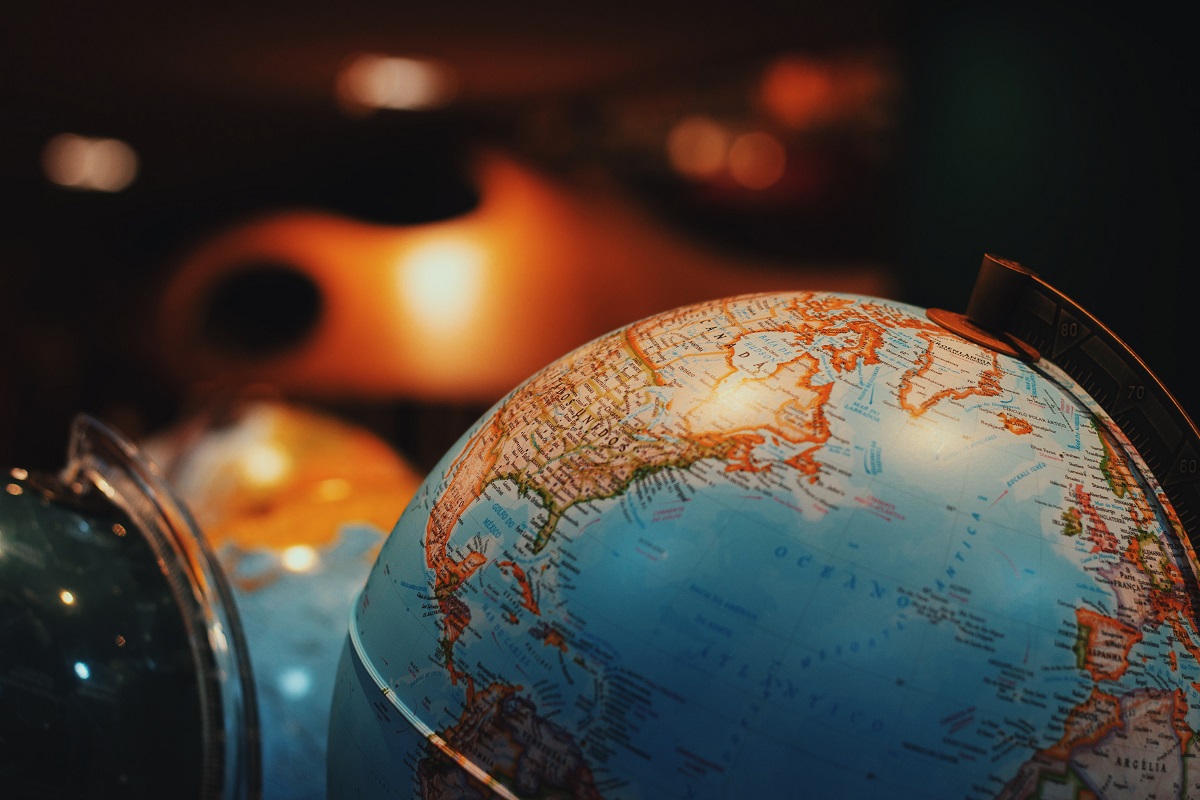 “Flexibly study what you do, while you do it, wherever you are.”

Redcliffe’s MA programmes are designed to equip and empower people for mission and ministry wherever they are in the world. We aim to train reflective practitioners so we encourage students to relate their studies always to their current role and context.

Another of our key goals is to enable people to study without having to take significant time out of their normal work or ministry. We also aim to keep our training as affordable as possible. These are some of the reasons why we have launched our international hubs, bringing Redcliffe’s unique MAs to various parts of the world.

In addition to our original “home” hub in Gloucester, England, we also now offer our programmes in Oceania (alternating years between Australia and New Zealand) and from 2019 in Asia with a hub in Chiang Mai, Thailand. The Oceania hub has its intensives for two weeks in January-February each year, and the Asia hub for two weeks in October each year.

The Gloucester Summer School will continue to run for three weeks every July. This gives a great amount of flexibility for people not only to study at the hub nearest to them, but also at the time of year best suited to them. To give further possibilities, we are working on a London-based hub as well which will run purely by weekend mode rather than requiring a two or three-week intensive.

The Oceania hub is based in two wonderful locations: in Sydney we are hosted by Morling College, and make a trip part way through to the beautiful Tahlee Centre for Creation Care (A Rocha) to think about environmental mission, whilst in New Zealand we use as our venue Eastwest College near Hamilton.

At the Gloucester hub students can take our full range of programmes: either the MA in Leadership in a Complex World, the MA in Member Care, or the MA in Contemporary Missiology, which has several possible streams including Justice, Advocacy and Reconciliation; European Mission; Bible and Mission.

Students can do a general Contemporary Missiology degree where they choose from our many other optional modules, shaping it to their particular interest: these include Life and Work in Muslim Contexts; Gender and Mission; Vulnerable Children; or an Independent Study Module where someone writes on another subject of interest to them with the help of a supervisor.

We are offering a slightly pared-down version of this at the international hubs, delivering our Leadership and Member Care programmes and the two foundational Missiology Modules.

This means students can do a full Masters in Member Care or Leadership by attending either Oceania or Asia, but if they wish to do a full Contemporary Missiology degree, they can take two missiology modules in their nearest hub, and then attend the Gloucester hub another year to take two further options. We even have one student who is considering taking a module at each of our three current hubs!

As well as bringing the delivery of the teaching nearer to our students, our Masters programmes also benefit greatly from the resulting exposure to life and Christian witness in the different parts of the world. We are always seeking to broaden our reading lists and bring global voices to bear on the missional issues and areas we cover.

Drawing on scholarship and bringing in visiting lecturers in the locations of our hubs is a good way to do this. In New Zealand for example we had some sessions with a Maori couple who had done mission work in Eurasia for several years. We visited their local marai (meeting place) and heard from them both about their experience of doing missions as Maori, and about contextualizing Christianity in Maori culture.

At the same time we acquired the recent book Huia Come Home (2017) by Jay Ruka,

which reflects on the history of Christianity in New Zealand and how the gospel is enhanced by seeing it through a Maori lens – a great example to bring into our teaching on contextualisation. As missiologists we are excited to bring our MAs to different parts of the world and to learn from the people we encounter there ourselves.

You can find out more about our MA programmes, course content, dates and fees by going to https://www.redcliffe.ac.uk – and for further information contact the College Administrator on study@redcliffe.ac.uk.

Chairs scrape on the floor as several men abruptly get up and leave the room, while others listen uncomfortably…

It’s a warm, dusky evening on a school campus in rural Zambia, and a small group of about thirty men and women are gathered in a simple whitewashed building. The windows and door are closed against the mosquitoes which are already starting to gather as the sun is going down. When someone arrives, in wafts the warm air as well, along with a loud croaking and chirruping of crickets and frogs. The group consists of Zambian schoolteachers and nurses, and some American and British missionaries. There are guests tonight, a couple visiting from overseas. We meet every Sunday night for our mission fellowship. The preaching and leading is always done by men; not only because of the traditional culture, but also because the Christianity here is conservative: only men may lead and speak from the front.

Tonight, when it comes time for the preaching, both members of the visiting couple stand up. The man begins by introducing himself and his wife – and then his wife takes over: “I know” she says heartily and loudly, “that Paul says women should not speak in church, but I have never taken any notice of those verses. The subject I am speaking about tonight is…” and she launches into her sermon. This is when some immediately rise and exit without saying anything, and the rest listen, slightly sideways on, out of typical Zambian courtesy.

It still rankles with me when I think about it twenty years later. So much in this story is wrong.

I have every sympathy with a woman who feels that she should be allowed to preach and teach the Bible, if she has that gift. It is annoying and frustrating that those all-too-well-known words of Paul in 1 Corinthians 14:34 have been used to keep women quiet in many Christian quarters for two thousand years. I grew up in a conservative Christian tradition, where preaching was held up as the greatest gift. I was taught that everyone who remotely could, should preach the word – but only men might preach to other men, whilst women could preach to women and children. So the highest gift, the most important calling, is really only fully available for men? I disagree with this. I believe women and men are equally qualified and able to preach and teach God’s word.

But on that day, I was extremely uncomfortable about the visitors’ disregard for cultural sensitivity. As guests they rode roughshod over the convictions of the people they were visiting. I would think more harm than good was done to their view of women and our abilities. In that setting, I would have felt the priority was honouring the host culture. Further, there was no explanation or justification given, but the speaker openly stated that she planned to ignore that part of Paul’s writing – whilst teaching on another part of it. The whole incident just made everyone look bad.

However, Scot McKnight opens his book The Blue Parakeet by illustrating that as evangelicals, even with our high view of scripture, we do not take every word of the Bible literally. We all pick and choose, and adapt the Bible to our cultural setting. Even if we don’t like the sound of this, it is what we do. He gives examples of the Sabbath and tithing to demonstrate this. And who among us has given away all of our possessions? But McKnight doesn’t intend to encourage us to do what we like. On the contrary, he wants us to think about what we pick and why – to face up to this question rather than just ignore it – to think it through rather than brazenly doing it whilst claiming at the same time to hold to scripture.

The outstanding reason for not taking 1 Cor 14:34 as a universal rule is that it is countered by the numerous times in scripture where women are seen in positions of authority, leading and teaching. Marg Mowczko lists seven women in the Bible designated prophetesses, who ministered to men and were honoured for it (HT Ian Paul, who brought this to my attention). They include Deborah, Huldah, Miriam, and Anna. Paul himself worked alongside and acknowledged women leaders such as Phoebe and Priscilla. Even within the same Corinthian letter he refers to women praying and prophesying in church (11:5). So it does not seem credible that he meant to impose a general ban on women speaking in church.

A common explanation given for the silence instruction to the Corinthian women is that by that stage in the early church women converts were not educated as the men were, and Paul was trying to prevent them from interrupting the teaching by asking their questions in church: they should rather wait and ask for explanations back at home. McKnight favours this view and says that therefore it is a temporary instruction, not a general one.

Lucy Peppiatt argues in her book Women and Worship at Corinth, that as also in the head-covering passage, the reason Paul seems to contradict himself is that he is using a rhetorical technique, where he quotes what the Corinthians have said as being “the law”, but then refutes it. So in 14:34-36 he is conveying that contrary to the Corinthians’ claim that women should be silent (quoted in v34, 35) he is saying No, this is not right. I find that Peppiatt’s arguments are convincing and make sense of otherwise very confusing passages.

So what about the preaching faux pas in Zambia? Was it more important on that day for a woman to demonstrate her freedom to preach, or for visitors to show sensitivity and grace toward the culture of the people hosting them? But could it be argued that culture sometimes become a “god” in itself that we worship and obey at any cost? It is my opinion that we must challenge our own cultures and bring them under the scrutiny of the gospel but that in most cases, pointing the finger at another culture is ugly and out of place. Change comes slowly, and from within, as the Spirit works.

I would be very interested to hear what others think about any of this. Feel free to comment below! This and similar topics were discussed in our Gender and Mission module which ran last July. We will be offering it again July 2019.