Violence against women and girls is not new, but there seems to be a growing awareness of the massive scale of the problem, and a realisation amongst Christians that it demands a missional response. 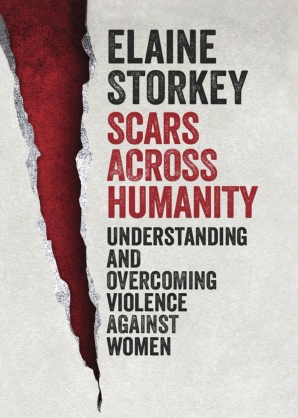 Gender-based violence is one of the topics we will look at in the new Gender and Mission module at Redcliffe this summer, with Elaine Storkey coming to address it for us in two lectures. Storkey’s recent book, Scars Across Humanity: Understanding and Overcoming Violence against Women (London: SPCK), explores and analyses ways that gender-based violence occurs across the globe. She points along the way to those who are trying to oppose it, brave people who stand out in the book as beacons of hope. Each chapter looks at one troubling manifestation of gender-based violence, including selective abortion, Female Genital Mutilation, child marriage and honour killings. We meet women who have been raped in war, who have been abused in the home, tricked into prostitution, and watched – or even participated in – the killing of a daughter in a so-called honour-killing.

It is a very tough read. But we need to know these things, we need to be shocked, dismayed, and more than indignant about these stories: we need to be spurred into action. If a key part of the missio Dei is the reconciliation of all that was divided and scattered by the Fall, then surely this issue of the prevalent oppression and abuse of women and girls needs to be addressed and put to an end. It is an injustice on a grand scale. But it is only seen and understood by looking through the eyes of a little 11-year-old girl forced to marry a 40-year-old man, or a woman in labour suffering the effects of FGM as she tries to give birth. Storkey successfully describes the scale of the problem, with impressively researched facts and figures, whilst also revealing the all-too-human and personal implications.

Storkey spends the last third of the book discussing the “Why?” question. I found this section fascinating. She explains and considers the various theories that have been offered as to why violence against women has persisted through the centuries, by evolutionist thinkers, sociologists, feminists, and those who blame the patriarchy found in religions. She ends with her own view, a theological interpretation which leaves room for redemption and change. Thus alongside the call to action is a message of hope, much needed at the end of an often harrowing read.

Elaine kindly agreed to answer some questions I posed to her about Scars Across Humanity:

What were your goals as you wrote this book? 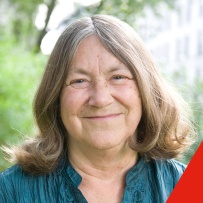 I had three main goals: 1) To help people everywhere to see that violence against women was a global problem, manifest in many different ways in different cultures, but with the same underlying story of women’s lack of value, and the abuse of male power. 2) To encourage the Church to see that addressing this problem is our responsibility also, and to enable Christians to have the information and strategies to make a difference. 3) To counter some of the explanations given for violence against women, and to ask what insights Christian theology might offer.

Was there one story you came across, or one encounter, that made you feel you just had to write?

Yes, my visit to the Congo in 2006, travelling down the North and South Kivu Provinces and seeing rape as a weapon of war. It was the extraordinary Christian witness of Heal Africa – a hospital which stressed integral healing, and treated women victims with enormous care and compassion. A young 17-year-old girl was brought in – a music leader in a local church. She had been gang-raped and was in a terrible state, physically and emotionally. I realized no woman was safe in that climate.

Oh, lots of things didn’t find their way into the book, and I would love to have been able to give more stories from the many Christian initiatives which are labouring in this area. I did write around but responses came in very late or not at all, and the book had to go to print! I don’t think there is anything I would have said differently. I chose my words carefully!

What kinds of reactions have you received to it?

Mostly shock, consternation, alarm at the extent of the violence, and support from those working in the various fields. Many women have written to tell me of their own experiences, and I have found that very moving. Some men have been tremendously responsive: writing reviews and recommending the book publicly, even creating openings for me to go to their part of the country and speak about it.

Your book is clearly calling out for a response from everyone who reads it: in what ways would you say gender-based violence is a missional issue?

Religion is often blamed for creating the culture in which men can violate women with impunity. All religions have their ‘patriarchal’ edge and history. Gender-based violence is so opposite to a Gospel vision and Christians must be challenged to eradicate it. But it is also certainly a missional issue in that it offers an opportunity to present the truth of the Gospel and call for redemptive change.

What are some things that ordinary Christians can do in response?

They can support the many initiatives already busy in the area, in prayer, financial support and sometimes in active involvement. They can call some of the Christian training agencies, like Spark and Restored into their churches to work on gender-violence awareness, and pastoral response training. They can join or form some advocacy initiatives – like the work that Jill Seward left behind on rape, after her untimely death – or IC Change, set up by a young Christian who caught the vision very early on after I had given a talk, and committed herself to getting the UK to ratify the Istanbul Convention on violence against women. She has brought people together from so many different backgrounds and the campaign has taken off brilliantly. A Member of Parliament got the issue through the third reading of a Private Member’s bill and so it’s looking very good.

Are you already working on another book, and so, what is it going to be?

Yes, I’m writing the biography of Lyn Lusi, who founded Heal Africa along with her husband – Congolese surgeon Kasereka Lusi. We began it when Lyn was alive, but her death left me with many gaps in her story and it has been difficult to fill them in. I hope to finish it this summer. And of course, there is my novel which has been in gestation stage for quite a number of years…..

I’m looking forward to that novel!

Elaine will be one of the speakers in Redcliffe’s new MA module, Gender and Mission, running for the first time this summer. Have a look at the link if you are interested to hear Elaine in person and spend time thinking through a missional Christian response to gender-based violence, gender injustice, and other issues where gender and mission interact.