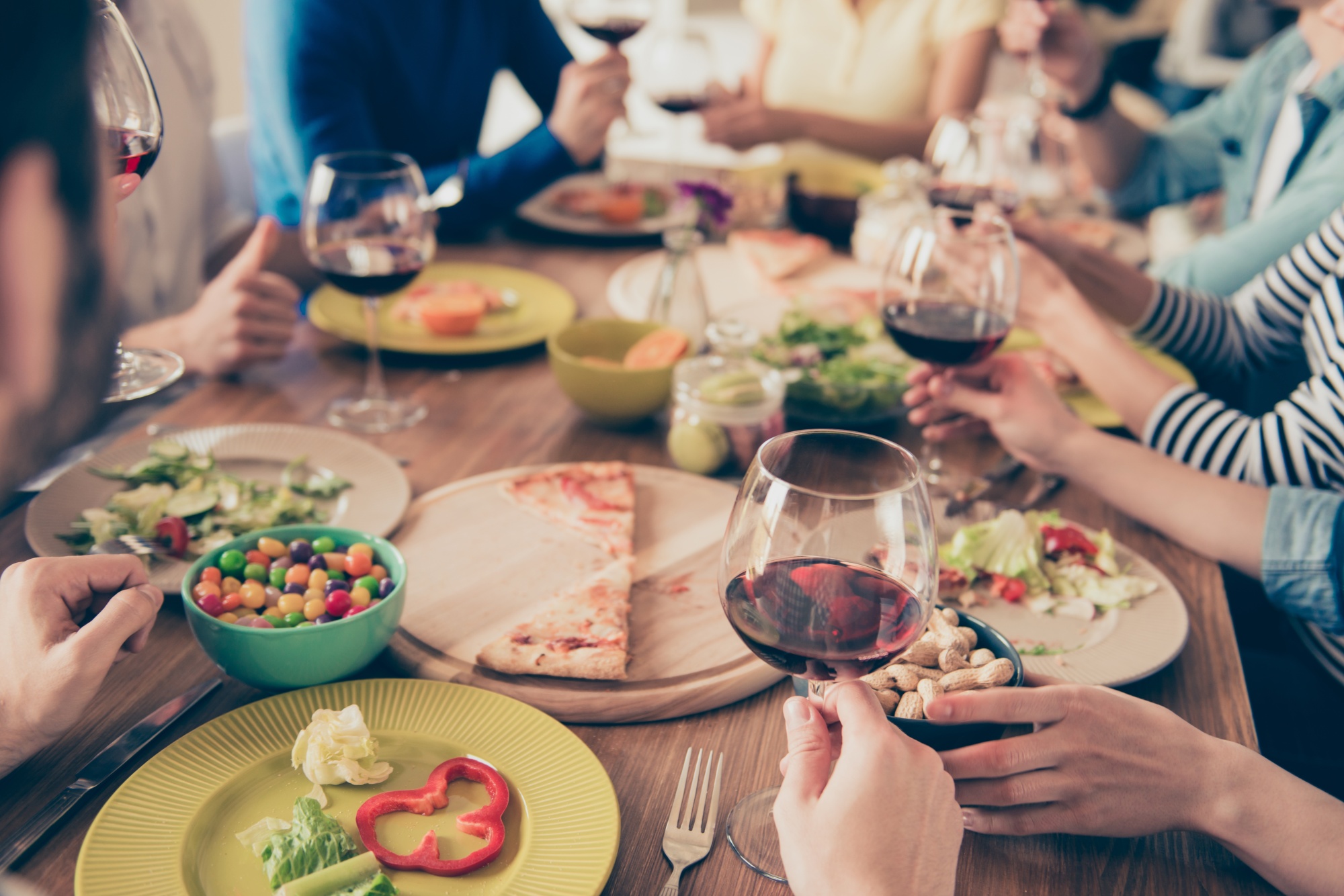 Recently I was reminded how much I love the story of the disciples on the Emmaus Road (Luke 24:13-35).

It is one of the many domestic stories of Luke’s Gospel, where Jesus is invited into someone’s home and sits down to eat with them. Very often, good things happen over a meal in Luke’s writings. Other meaningful encounters prompted by hospitality in Luke-Acts include Mary’s visit to Elizabeth’s home (Lk 1:40), Jesus healing Simon’s mother-in-law in her home (Lk 4:38), the healing of the paralysed man in someone’s house (Lk 5:18), quickly followed by the controversial dinner for Jesus with a dubious crowd at Levi’s house (5:29) – and the list goes on. It continues in Acts: for example, Peter’s visions concerning Gentiles while he was staying at Simon the Tanner’s house, (Acts 9:43ff), and the coming of the Holy Spirit on Gentiles whilst Peter was at Cornelius’ house, (Acts 10:24-48).

Both in the giving and receiving of hospitality divine encounters occur. God appears.

On the Emmaus Road, it is only when the disciples invite Jesus into their home, and share food with him – at the moment when he breaks bread – that they recognise him for who he is. And that changes their world. They had walked and talked with him along that road, where they had been discouraged, downcast. But in the moment of eating together, they understood who he was. Perhaps as some commentaries say, it was because they suddenly recalled Jesus breaking bread at the Last Supper.

We can’t help but remember the famous incident of Abraham welcoming and feeding the mysterious visitors, who turn out to be angels (Gen 18).

In the Gospels, of course, we don’t see Jesus hosting anyone in an earthly home, as he didn’t have one. But he did give the disciples breakfast in another resurrection appearance, on the lakeshore, in John 21:12. And the Last Supper could also be seen as an act of hospitality. It could even surely be said that our presence in this world is one vast act of hospitality on God’s part. John 1:11 says that Jesus, the Word, came into his own – literally, “into his own home” – yet his own did not recognise him.

Hospitality has long been recognised as an important element of mission, and an upcoming edition of Redcliffe’s Encounters Mission Journal is based around this theme.

The Emmaus Road incident reminds me today of two things. The first is, we do not only offer hospitality as a way of reaching out to others, of encouraging them and ministering to them – the blessing goes both ways. As givers of hospitality, we receive God in those we welcome. We might even host angels unawares. The second is, much as we are called in the Great Commission to go out into the world – we are at the same time taught in Scripture to invite people in, into our homes, into our lives, in missional acts of hospitality.

How willing are we to change – to let go of our structures, our plans and our methods, to respond to the times, and do something new?

Recently I was at GOFest 2017. The GOFest leadership have decided to change their approach completely.  Rather than an annual national conference they now hold their missions festival in a different region each year, and link with local churches there, to encourage them in mission and help them connect with each other.

I heard a striking analogy in one of the keynote addresses, given by John Risbridger, (minister of Above Bar Church, Southampton, and Chair of Keswick Ministries). He showed a picture of a beautiful wide suspension bridge, in the green tropical surroundings of Honduras. The bridge was expertly engineered to withstand any storm or bad weather. The next picture showed the same bridge a few years later. It was still standing, as elegant as ever – but now it was eerily alone: no road attached to it, there was just brown desert on either side; no river ran under it. The roads had been swept away by Hurricane Mitch, and the river course had been completely changed and flowed around the side of the bridge some distance away. The beautiful, expensive, carefully designed bridge was now a folly, with no use or purpose in the world.

Our churches, our mission agencies, our organisations, can be like that. We need to keep checking – is what we are doing still useful? Is there still any point in it? Is it reaching people where they are now? Is it contextual? We can all too easily spend time, money and energy trying to keep our beloved structures going, while everything around them has changed and they have become irrelevant.

Redcliffe College “moved their bridge” when we changed from being a residential, largely pre-field training college, to running mainly intensive MA programmes to offer continuing professional development style training to people already engaged in mission all over the world. The new pop-up hubs are also a way of being able to train people wherever they are.

We may dislike change, but God certainly doesn’t: the Bible is full of references to God doing new things, making new creations, pouring new wine into new wineskins… And see the example of Paul, who was willing to be flexible, who didn’t hold on to set methods or formulas, but adopted different approaches for the different people he went among.

So let’s be willing to look again at our churches, our mission agencies, our strategies and structures and ask the questions: are they still fit for purpose, are they still relevant, or are they carefully constructed, elegant bridges over empty river beds?