I had an “ah-ha” moment the other day.

I was reading Mark 11 which has a part in it that I have never really understood. In Mark 11, we see Jesus in the triumphal entry, cleansing the temple, cursing the fig tree which is out of season, saying that praying to get rid of a mountain will work, and with a call to forgive people at the end. My ah-ha moment came as two things at once.

The first was that I realised all the sections were about the same thing. The triumphal entry is the coming of the king. The stopping of the temple is a prophetic action declaring that the temple system will stop, and a new regime will come. The cursing of the fig tree (Israel’s signature tree) is saying that the nation will fall. Jesus’ talk about praying that a mountain will fall away is about the temple mount. “This” mountain, the temple mount, will stop and fall. The phrase “whatever we pray for” is in the context of praying to ask God to stop a destructive system. The chapter then ends with Jesus saying that we need to forgive people.

In this, I have often wondered about the fig tree being out of season. Why did Jesus curse it when it couldn’t be expected to have fruit?  I did some digging and found that fig trees will fruit and then come into leaf. Early fruit appears and then they develop their leaves.  This tree had leaves so it should have had fruit. It was saying, “notice me, I have fruit,” when in reality, it didn’t. And, indeed, it was out of season, when it shouldn’t have been acting like that at all. Something was seriously out of sync with that tree.  It was a tree that wrongly promised fruit out of season, but failed miserably. The out-of-season comment shows just how messed up the tree was. Symbolically, something was seriously wrong with the situation there. Out-of-season religious leaders were promising “fruit” and acting like they had access to God, but in reality, they didn’t. It had all gone horribly wrong.

In mission, we often run into systems that are dysfunctional, corrupt, destructive and evil. I’ve seen the rights of minorities, including Christian minorities, being trampled over. This ranges from political disenfranchisement, to land grabs, to outright violence and oppression.  The temple system was fleecing the poor, and Jesus said it would fall.   Similarly, we can be sure that, in the end, evil systems will fall. We can say to them “fall into the sea” and they will.

And this leads me to the second element of my ah-ha moment: the call to forgive at the end. The mountain (temple system) may fall, and the system will come to an end, but we are called to forgive people. In this, I thought of the Berlin Wall. There were many of us who were against communism and recognised the evil there; but for many, there was also a great love for the people caught up in it.

The system was wrong. As were people. We can stop the system but still love and forgive the people involved. Last week I sat with a Romanian who heads a mission which has sixty-one Romanians working in mission abroad. That is almost as many as the British mission agency I work with. They had come to faith through love and were now passing that on. Thinking back to 1989, that is a miracle.

God is about big changes. Changing systems. Bringing in new things. There are many systems out there that promise much but are like diseased trees. We can pray that these fall, but are reminded to also work for forgiveness.

If you want to look deeper into our responsibilities as missional people to stand up against oppressive systems, why not consider an MA in Contemporary Missiology with Redcliffe, and maybe specialise in Justice, Advocacy and Reconciliation? Deeply understand our complex world, and study as you work with part-time blended learning. What’s more, Colin is the course leader! Contact us today to have an initial conversation.

The image above is graffiti found on the Mauerpark section of the Berlin Wall, depicting the interplay between contrasting political and social systems across the globe.

A friend of mine was killed by a terrorist. After becoming a Christian, he was abused and beaten by neighbours and family. This settled down, but just before Easter last year, he was killed.

Terror targeting is not confined to overseas. Last week, Martin McGuinness passed away with many people remembering all the ambiguity of his life and actions. He was almost certainly complicit in violent deaths as well as later working for peace. Then later in the week, we had incidents in London with a shooting, and a motor vehicle used as a weapon.

In the face of this, what is the role of forgiveness? Is it right to forgive people who haven’t shown any remorse?  Should we join Norman Tebbitt in wishing that such people be “parked in an unpleasant corner of hell?”

Forgiveness, following the Bible’s understanding, means “to let go,” as when a person does not demand payment for a debt. Jesus made this comparison when he taught us to pray:

“Forgive us our sins, for we ourselves also forgive everyone who is in debt to us.” (Luke 11:4)

Similarly, in the parable of the unmerciful worker, Jesus showed forgiveness was like cancelling a debt (Matthew 18:23-35).

We forgive others when we let go of resentment and let go of any claim to be compensated. Forgiveness is a decision to release. It’s letting go of the need for revenge and releasing negative thoughts of bitterness and resentment.

Forgiveness frees a captive. In this, it’s important to note that the main captive is ourselves. Forgiveness frees us from the repetition of anger. If we harbour resentment, then what sets sail from that harbour is polluting to us who harbour it. Holding on to bitterness brews our hearts with bitterness.  Forgiving means that we are released.

As the family of Kurt Cochran, killed in London’s recent car attack, have said,

“[Kurt] wouldn’t bear ill feelings towards anyone and we can draw strength as a family from that… His whole life was an example of focusing on the positive. Not pretending that negative things don’t exist but not living our life in the negative – that’s what we choose to do.” — (link)

Forgiveness also releases the perpetrator.  It doesn’t mean that they aren’t challenged and held to account. It doesn’t mean that they aren’t faced up with the evil of their actions, but this is done so that they can change rather than from a desire for revenge. Forgiveness replaces bitterness with the wish that the person be faced up to, and changed for the better.  We wish good upon the person, not a place in hell.

At Easter, we remember Jesus praying “Father forgive.” That is both an example and an imperative. It’s both a model and a command in mission as much as anywhere else. In our mission situations we will see and share in some awful situations. My friend, in recounting the times of persecution, said that his heart was that he joined with Jesus in praying “Father forgive.”  I know that would be his response to those that killed him.  This is both an example and a call as we do mission.

If you want to look deeper into the way theology impacts the way we do mission with one another, why not consider an MA in Contemporary Missiology with Redcliffe? Apply deep reflection to real-life situations, and study as you work with part-time blended learning. What’s more, Colin is the course leader! Contact us today to have an initial conversation. 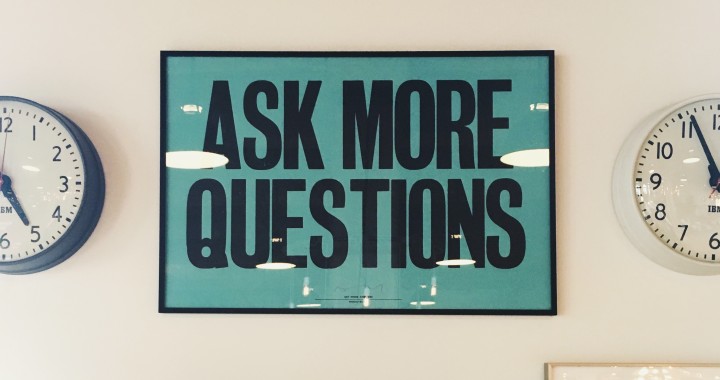 Two Cathedrals hit the news this month for interfaith engagement. The first was Glasgow where during a service of worship there was a reading from the Qur’an (Sura Miriam) which includes a fairly docetic picture of Jesus (the baby Jesus speaks out in defence of his mother). An English translation of the passage was available in the order of service. However, the reader went past the section outlined to include verses that specifically deny the Sonship and divinity of Jesus. Whoops. Cue a lot of concerned and upset feedback (and rightly so, in my opinion). 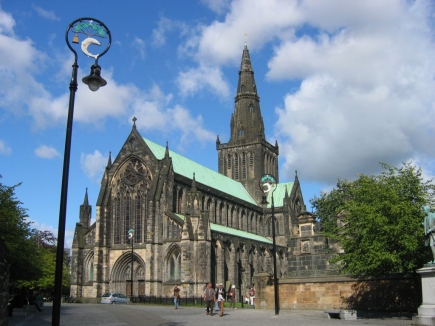 Glasgow Cathedral
The second was at Gloucester Cathedral where, as part of a multifaith exhibition in the cloister and chapter house, an example of the Muslim call to prayer was given. This was posted on Facebook without much context and the subsequent outcry meant that this too hit the national news. I think this was a different issue from the first. Peter Ould puts it well in this Christian Today article:

Gloucester Cathedral was engaging in a multi-faith education day. This included an example of the Islamic call to prayer, but crucially that was not undertaken during a service and there was no sense of obligation to listen to it – it happened while the participants moved around the cathedral engaging with other forms of spirituality as part of an academic engagement with those cultures. Dean Stephen Lake got it absolutely right…

Interfaith engagement can be fraught with difficult issues and the potential for upset. In the face of this it was interesting that both Cathedrals used the issue of hospitality to defend their actions. Dean Stephen Lake of Gloucester commented that

“Being a place of hospitality is important to us, especially in our local multi-cultural context. This art exhibition and its opening meeting is an important expression of the need to come together with people different from ourselves.” [italics added]

As well as interfaith events, hospitality is increasingly a part of the discussion about mission, begging the question to what degree interfaith events fall under the rubric of mission. So, we have the very real question of the place of hospitality in mission. What is hospitality? Is it unquestioning welcome? What is the role of welcome and hospitality by Christians when ideas, ideologies and theologies that are contrary to Christ and his teaching are also involved? Conversely, is a lack of welcome justified on the grounds of these differences? If mission is doing God’s work, how do we show his welcome, his call, the absurd hospitality of the Prodigal’s father?

Today’s blog has no answers but starts to pose the questions. Indeed, the genius of doing theology well is to first of all find the right questions. We need to articulate the right questions in order to explore fruitful answers. Our theme for this year’s MA summer intensive at Redcliffe College is “Hospitality and Mission” and this is something we want to start exploring in depth. Questions and comments below are very welcome. In the next few weeks we can look to beginning to find some answers.